Hungarian announcements from the First World War from the Österreichische Nationalbibliothek

October 14th, 2013 | Posted by admin in Uncategorized - (Comments Off on Hungarian announcements from the First World War from the Österreichische Nationalbibliothek)

The announcements tell us on the one hand about medical examinations, conscription, military drafts, desertion and military successes and on the other hand about life in the provinces.

The text posters from this collection were – like all posters – an important means of propaganda. The texts are strewn with patriotic slogans and phrases and impart a non-critical enthusiasm about the war ignoring its reality and bestiality. In spite of the non-critical patriotic tone,  the posters have a very high informational value and provide a valuable source for information about the First World War.

Please read more about the Hungarian announcements at:

July 23rd, 2013 | Posted by admin in Uncategorized - (Comments Off on CfP: Languages and the First World War – Conference)

The British Library has opened a Call for Papers for the conference “Languages and the First World War”. According to the Call for Papers, the  idea for a conference on the linguistic experience and legacy of the war arose from research into the sociolinguistics of the war (especially the Western Front) and the immediate post-war period in the UK Replica Uhren, particularly with reference to how terms had crossed linguistic boundaries, including between hostile linguistic groups.  The conference aims to be truly international and interdisciplinary. The conference will take place on 18, 19 & 20 June 2014.

Europeana’s future funding is threatened, because the digital infrastructures budget under which Europeana was to be funded from 2015 onwards has been slashed from 9 billion euros to 1 billion.  The Europeana Foundation has now published  a petition to keep Europe’s culture open to everyone online. It’s easy to participate and only takes seconds – just follow the link and enter your name and email address.  The petition is available in English, French and German.

The completion of the three projects “Europeana Collections 1914-1918”, “EFG1914” and “Europeana 1914-1918” in 2014 offers the opportunity for a presentation and discussion of new digital offerings around the First World War and Europeana. A two-day conference at the Berlin State Library “Unlocking Sources – The First World War online & Europeana” will take the opportunity to discuss the mediation of history online in 2014. The international conference will be jointly organised by the project co-ordinating institutions Berlin State Library, the Department of History at the Humboldt University in Berlin, the German Film Institute – DIF e.V., and the Europeana Foundation. It will address interested scientific audiences and the public.

The National Library of Serbia has recently launched its digital library about the First World War, presenting digitisation results from the Europeana Collections 1914-1918 project. You can access the website at http://velikirat.nb.rs/.Replica Uhren The website is currently available in Serbian language only, but will be translated to English within the next months.

February 25th, 2013 | Posted by admin in Uncategorized - (Comments Off on Collections update!)

A short update on five collections published on Europeana within the last weeks:

Please enjoy discovering the new collections on Europeana by clicking the links!

Information sheet on the three Europeana World War One projects 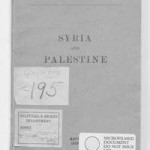 The British Library has just made available at the Europeana portal the first collection of India Office Records. The collections consists of Reports of the Censor of Indian Mails in France, Letters from Soldiers, Treatment of British and Indian prisoners of war in Germany, Neuve Chapelle, India’s memorial in France, etc.

Why are we doing this project? Find one answer at this article.

October 10th, 2012 | Posted by admin in Uncategorized - (Comments Off on Why are we doing this project? Find one answer at this article.)

Why are we doing this? An article giving insight into the motivation to run the Europeana Collections 1914-1918 project “Digitale Gedächtniskultur und europäische Identität – Europeana Collections 1914-1918” (PDF) (German language) Replica Uhren has recently been published from at the Belgian magazine: Archives et Bibliothèques de Belgique 82 (2011), 91-101. Enjoy reading!

September 18th, 2012 | Posted by admin in Uncategorized - (Comments Off on Collection of newspapers and maps from Bibliothèque nationale de France published)

A first collection of journals and maps provided to Europeana by the Europeana Collections 1914-1918 partner Bibliothèque nationale de France has been published on Europeana now. The collection comprises 3.034 items and is available since 17th of September 2012. Please visit www.europeana.eu.